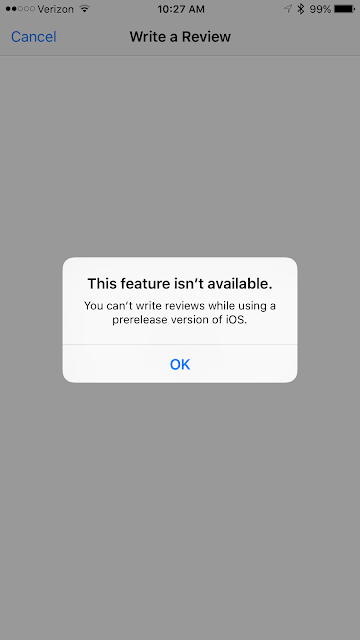 It's always been the case that Apple-related forums have been filled with non-developers seeking guidance on how to install iOS betas on their primary devices.  But especially now, with Apple adopting the "Public Beta" model and with them allowing more or less full access to the developer betas without the annual $99 fee, nonsense app reviews have proliferated.

These fall into two categories:

1) people who don't understand that the reason an app doesn't function properly is because they are running a beta version of the operating system.

2) people who blame the developers for not updating the app to function properly with the beta version of the operating system (something that is usually not even possible).

This has been something developers have been wanting almost since the early days of the App Store.
at 10:32 AM