The event is scheduled to start at 10:00 AM Pacific.

U2 is performing.  Guess we won't learn about the cube.

One more one more thing?  Music.

Maybe we learn what the giant white cube is?

I wonder if iPhone springboard will eventually work more like iWatch - endless sea of icons instead of Manhattan grid on pages.

Twitter being demo'd.  American Airlines checking in by tapping on watch.  Starwood Hotels checkin and unlock door by waving watch in front of the door.

City Mapper, reminds you to get off at right stop.  Pinterest can remind you of sites to see.   MLB sports scores (nice). 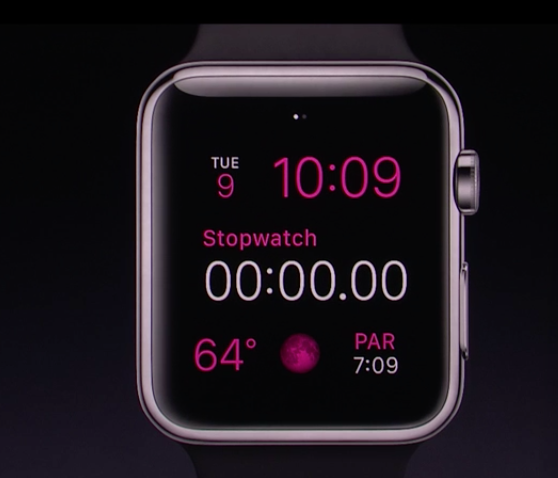 Astronomy watch face is very cool.  Katie will love it.  Swipe up for "glances" (sort of like iOS notification center - important information.  "Taptic" engine notifies you of notifications incoming.

Can use dictation to reply (or can send audio recording).  Animated emoji. 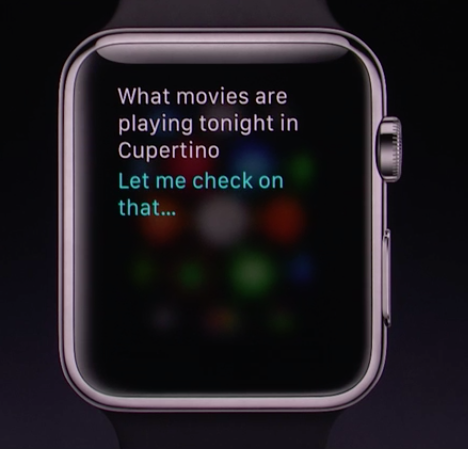 Maps built in.  Calculates directions, etc.  While walking, it will give you taptic feedback as to which way to go, so you don't need to look at screen.

New form of communication - digital touch.  Press button under digital crown.  See friends list. Tap friend.  Can choose "digital touch" in addition to email, text, etc.  When you tap screen, he feels it.  Sort of like tactile SMS. Can send your heart beat so it can be felt on someone else's wrist. 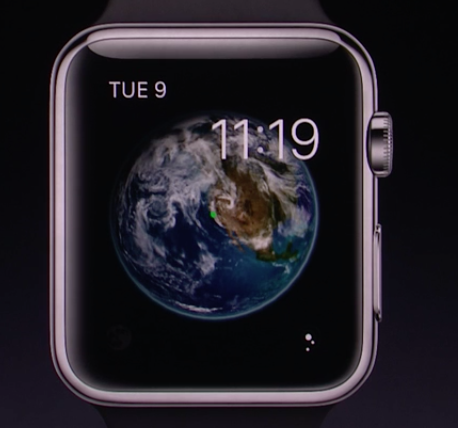 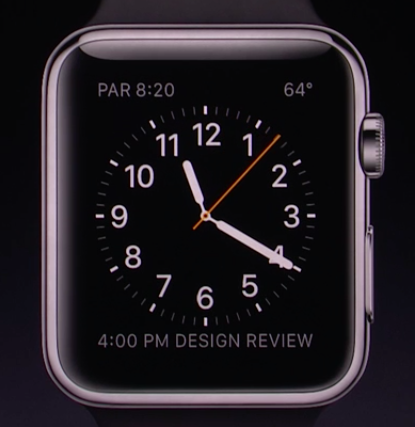 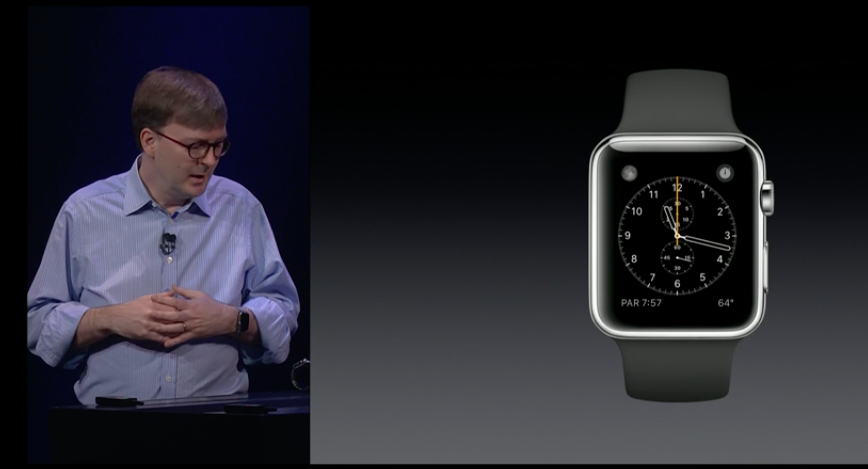 Many watch faces. Choice of bands.  Nice clasps.  Many different buckles and clasps, actually.  Some have magnetic closures.  Two different sizes of watches.

Press to go home.  Home screen is cute (depicted in the 11:00AM photo below).

Display turns on when you raise your list.  Navigation/animations very smooth, from videos anyway.

Shortcut button under the crown allows you get shortcuts to contacts.  Can send heartbeat, "pokes" and doodles to others.

Crowd going nuts.  It sure is pretty.

Not iPay and iWatch.  End of "iNames"? 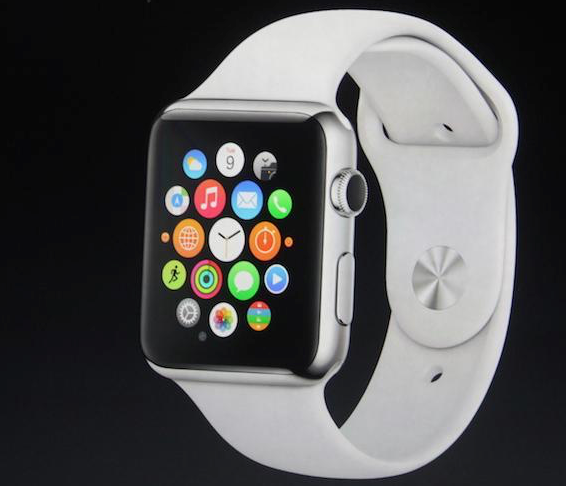 Wow. That is a pretty watch.

New Pay SDK available to all developers.  Launching next month (only iPhone 6 and 6 Plus, but I suspect the on-line stuff will work on 5S as well). 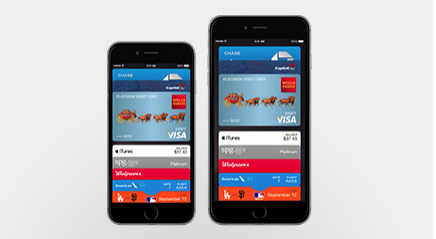 New chip: "Secure Element" built into iPhone 6.  Keeps all your credit card info encrypted.  Can view cards in Passbook.  Add card from iTunes account.  Can also add a new card by taking picture of the card with the phone camera.  Adds it to Passbook.

Select card from Passbook, touch the Touch ID and you are done paying.

They don't store the credit card - they create a "device only" account number and use a one-time payment ID and dynamic secure ID.   Can suspend all payments from iPhone with Find My iPhone.  If phone lost, no need to cancel credit card, because card isn't stored on phone.

Apple doesn't know what you bought, how much you paid, or where you bought it.  Cashier doesn't see your name, credit card number or security code.

New process is called "Pay" (ApplePay). Just hold your phone near the terminal at the same time your finger is on the Touch ID button, looks like.

New category of service: it's about the wallet....

The front-facing selfie camera is better as well. New silicone cases. Whatever.

I wonder if the various "wide screen" and "one handed use" stuff will make its way to iPad or iPad mini?  The widescreen keyboard seems needlessly cluttered.  It's like they had the extra space and figured they had to use it for something.

The A8 has 2 billion transistors.  Wonder how much of that is logic and how much is cache.  Apple made a big point of talking about thermal envelope and sustained maximum frequency this time.  Been saying this for awhile - Android chips tend to run well only on benchmarks.

"Advanced Wireless" - LTE is faster (150Mbps vs 100Mbps in previous).  20 LTE bands - more than any other smartphone (though that doesn't help any particular customer unless they travel).  VoLTE support on AT&T, Tmobile and Verizon (yay! Simultaneous voice and data!)

Wifi calling, but only on Tmobile for now.

Double-tap (not press) home button to shift display for one handed use, sounds like (hard to follow broken livestream).

Anyway, iPhone 6 and 6 Plus.  Look identical to leaks: 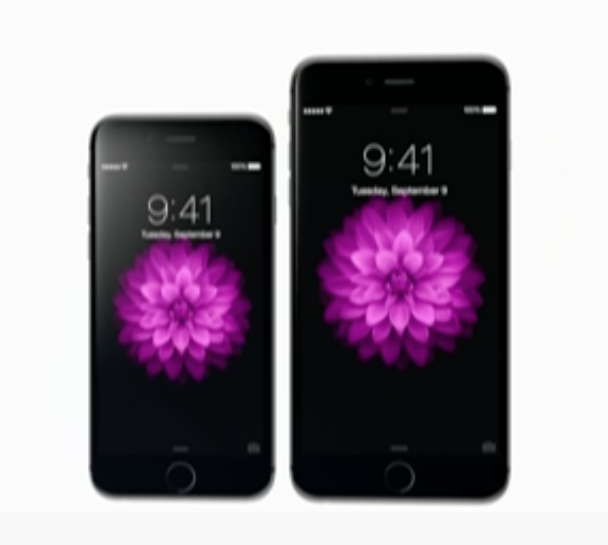 I like the way the screen has a rounded taper.  The screens are not sapphire, looks like.

I believe that this is the first Apple live stream that provides this sort of control from the browser: 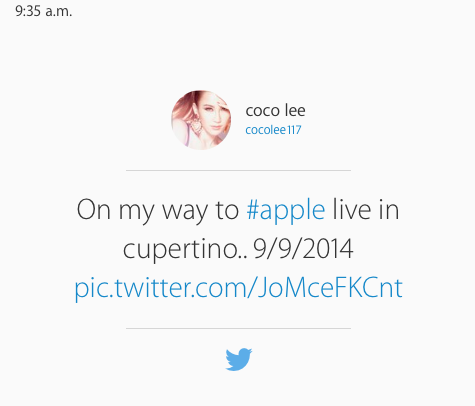 Seems to be growing consensus that the white box is an Apple Store.  On the one hand it's sort of fitting that Cupertino get its own (beyond the company store, which sells t-shirts and Apple logo swag).  On the other hand, that's not where you'd put a store (at least not where a normal retailer would).  Maybe some sort of Apple museum/archives/library or something?  Steve Jobs wasn't one for looking back, but Tim Cook might be.   Though I would think, from the location, that the structure isn't permanent?

What on earth does Marie Claire have to do with the mysterious white block? 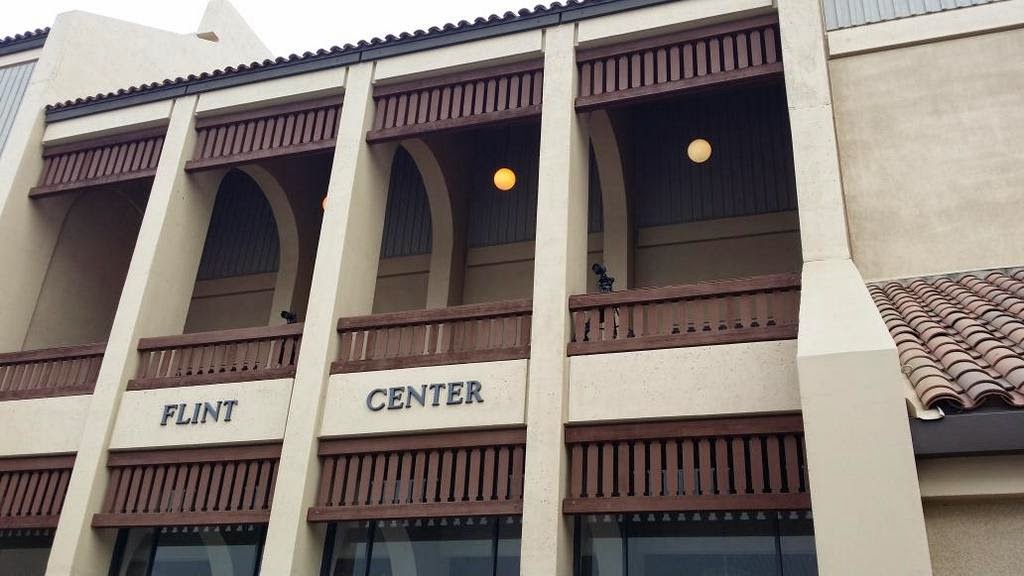 @Tim_Stevens on Twitter reports that there are DSLR's taking pics on timers pointed at the white cube.

This should be interesting.

Also, I note that for the first time ever, Apple is liveblogging itself.   Apple is often accused of generating hype.  In the past, in my opinion, most of the hype was ginned up by the Apple journalism ecosystem (with baseless speculation, "analyst" guesses, etc.)   This time there is no question. Apple is raising expectations to a tremendous degree.  They must be supremely confident as to what they're about to announce. 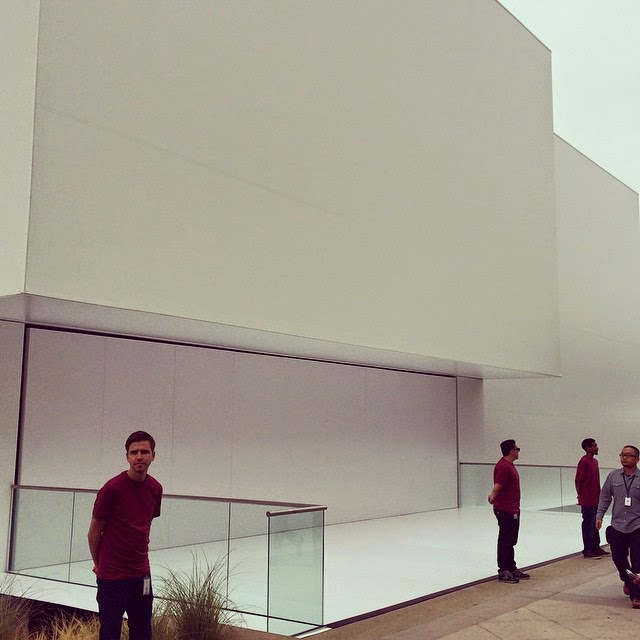 Daniel Eran Dilger (@DanielEran on Twitter) posted this closeup of the mysterious new DeAnza structure.  Looks like an Apple store.