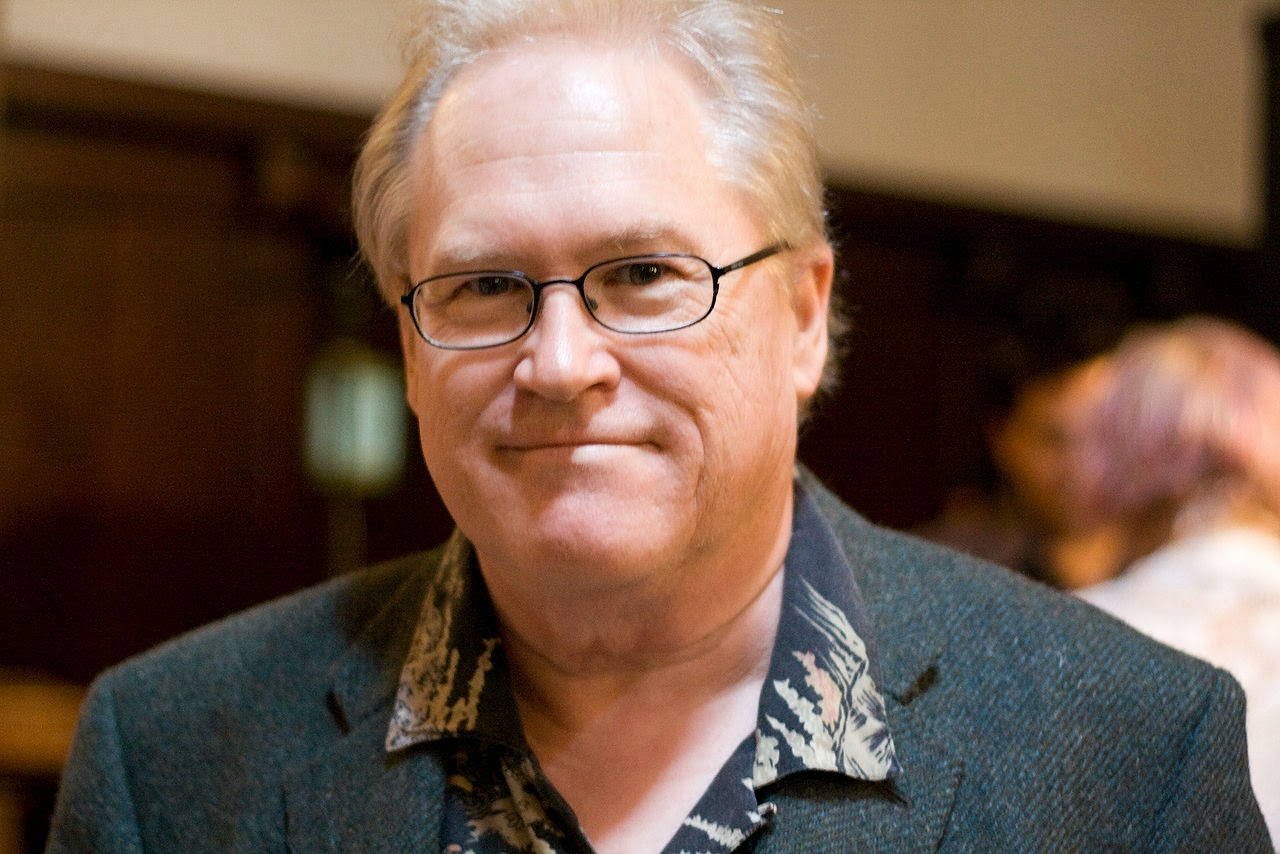 Today we induct venerable tech opinion writer and long time PC Magazine columnist John C. Dvorak.  Mr. Dvorak has raised the art of being wrong to a science, and like only the greats can manage he continues on with his wild predictions despite being wrong so many times in the past and continues to spout as fact statements that are easily disproven by even cursory examination.  Yes, being inducted into the Wrongness Hall of Fame requires more than being repeatedly wrong; it requires a complete and utter lack of shame and an unwillingness to even try to get the facts straight.

And Mr. Dvorak has what it takes.

Perhaps Mr. Dvorak's proficiency at wrongitude is most easily understood by embarking on an illuminating journey through his wrongness.  We'll follow with the cherry on top of this fetid falsity sundae with his latest missive, this time on the Watch.

"iPhone, which doesn't look, I mean to me, I'm looking at this thing and I think it's kind of trending against, you know, what's really going, what people are really liking on, in these phones nowadays, which are those little keypads.  I mean, the Blackjack from Samsung, the BlackBerry, obviously, you know kind of pushes this thing, the Palm, all these ... And I guess some of these stocks went down on the Apple announcement, thinking that Apple could do no wrong, but I think Apple can do wrong and I think this is it."

Do I even have to list a bunch of statistics to indicate how wrong this was? No, right? I mean, the only way this could be more wrong is if he dangled some more participles.

But Mr. Dvorak didn't retreat upon seeing the excitement build for what was, at the time, called the "Jesus-phone."  No, sir, he did what only a champion wrongaphile would do: he doubled down.

"The hype over the unreleased iPhone has actually increased over the past month despite the fact that nobody has seen or used the device. This, if nothing else, proves the power of branding and especially the power of brand loyalty.
It's the loyalists who keep promoting this device as if it is going to be anything other than another phone in a crowded market. And it's exactly the crowded-market aspect of this that analysts seem to be ignoring.

...
The problem here is that while Apple can play the fashion game as well as any company, there is no evidence that it can play it fast enough. These phones go in and out of style so fast that unless Apple has half a dozen variants in the pipeline, its phone, even if immediately successful, will be passé within 3 months. There is no likelihood that Apple can be successful in a business this competitive.

...
And its survival in the computer business relies on good margins. Those margins cannot exist in the mobile handset business for more than 15 minutes."

And if there was any question as to where Mr. Dvorak stood on the issue, the title of this gem of unrestrained fallaciousness is "Apple should pull the plug on the iPhone."


Now, unlike mere pikers who might confess to being wrong just once, but right next time, Mr. Dvorak had a good excuse for his inept predictions: it was Apple's fault!

Yes, even after the iPhone was revealed to the world by Steve Jobs, Mr. Dvorak couldn't quite figure out it would be a success because, um, something about NDAs:

"Apple had a policy - and still does, NOT to even talk to anyone who has annoyed Steve Jobs in the past or present. They are blackballed. Other writers who are careful never to be more than only critical in an Apple approved way get full access as long as they tow the line. Everyone in the business knows who is blackballed and who isn't. The ones who aren't may as well work for Apple.


So I was genuinely caught off guard with these columns where I really didn't know anything except the miserable history of the smart phone, and I was kept in the dark by people who did know and who had all signed rigid non-disclosures. These documents should never be signed by reporters but many do it for the edge they get. So even if Apple were to show me the device I would not have been able to say or do anything except to say it was remarkable.
Avoiding these corrupt practices such as non-disclosures leaves me vulnerable when I'm trying to predict the outcome of a strategy with a product that is sight unseen. ...


Of course when I actually got to see the phone I was enthralled like everyone else and regretted getting screwed over by the Apple "machine." But it was an entertaining exercise and a lot of Apple fans think it's hilarious that I could be so wrong. But these people never liked me in the first place. And as for my prediction that this phone would be a bad idea for Apple to pursue, anything can still happen. Time is a cruel mistress."

Yeah, you caught that, right? The dude tripled down! Classic, right?  And when did he warn that "anything can still happen?"  This was published in June of 2012!  I guess we just have to wait a little bit longer.

"There are a lot of flaws with the MacBook Air, and it is unlikely to be much of a success."

In fact, let's step back out of chronological order and see what Mr. Dvorak had to say about the original Macintosh:

"The nature of the personal computer is simply not fully understood by companies like Apple (or anyone else for that matter). Apple makes the arrogant assumption of thinking that it knows what you want and need. It, unfortunately, leaves the “why” out of the equation — as in “why would I want this?” The Macintosh uses an experimental pointing device called a “mouse”. There is no evidence that people want to use these things. I don’t want one of these new fangled devices."

That's some fancy prognosticating.  That mouse thing will probably never catch on.

But Mr. Dvorak didn't just guess (they had to be guesses, right?) wrong about Apple products.

"The noisiest buzz in the industry lately has been over the emerging use of cable TV systems to provide fast network data transmissions using a device called a cable modem. But the likelihood of this technology succeeding is zilch. It's one of those interesting-sounding ideas that will attract what venture capitalists call dumb money. Unfortunately, it's a big distraction in a market that should be concentrating on ISDN and broadband."

Yeah, that sounds about right.

"Now that the fizz has dissipated regarding the Apple Inc. iPad, we can objectively look at the device and conclude that it probably will not have the impact on the market that the iPhone had. It's cool, but no cooler than it's progenitor, the iPod Touch.In fact that's what it really is, a giant iPod Touch. If you've been looking for a giant iPod Touch, this is the machine for you. ...
Let's look at the basic flaws people are complaining about.
First of all there is no stylus.
...
It won't run Mac apps, but instead run iPhone apps which were invented for the sole purpose to run on a hand held machine such as the iPhone....
The tablet market has only succeeded as a niche market over the years and it was hoped Apple would dream up some new paradigm to change all that. From what I've seen and heard, this won't be it."

Mr. Dvorak really does save his best work for Apple, doesn't he?

In fact, Mr. Dvorak has crossed over from incorrect proclamations that can only be proven wrong by the passage of time to incorrect statements of facts, as he did in his most recent pile of written poo.  It is the following that pushed him over the top and earned him his place as the first member of Apple News Zone's Wrongness Hall of Fame.  Let's start off with the less egregious example:

"One thing that always bothers me is the attention the iPhone camera gets. The latest will have image stabilization, advanced phase focus, 4K video, 60 fps video, 240 fps slo-mo, and all sorts of features. That said—these are still just pinhole cameras on steroids. The only good thing they do is allow citizens to take more and more videos of crimes."

I  mean, what does one even say to this characterization of what's probably the most popular camera on the planet.

"After the ads, my greatest fear was near realized, with Apple Pay. This is paying for things with a phone and having the phone company do the bill collecting. It's actually an excellent and seemingly secure NFC payment system that would be the near-perfect tap-to-pay system, as it requires the phone with a fingerprint ID. The problem: this system will eventually be usurped by the phone companies. Apple Pay is a Trojan horse of sorts."

What on earth does Pay have to do with "having the phone company do the bill collecting?"  It requires a particular level of wrongness to somehow inject an entirely new party - the phone company - a party with absolutely nothing to do with Pay transactions, and somehow make them the boogieman that undermines the very foundation of what is otherwise an "excellent and seemingly secure NFC payment system."  Bravo, Mr. Dvorak.  Well done. Now, in case you don't know, I offer my own explanation of how Pay works.  You'll see the phone company appears nowhere in the system.   I'm sure you can find some other way to be wrong.

And thus we congratulate Mr. Dvorak on this, his induction as first member of our Wrongness Hall of Fame. Congratulations on a job well done.